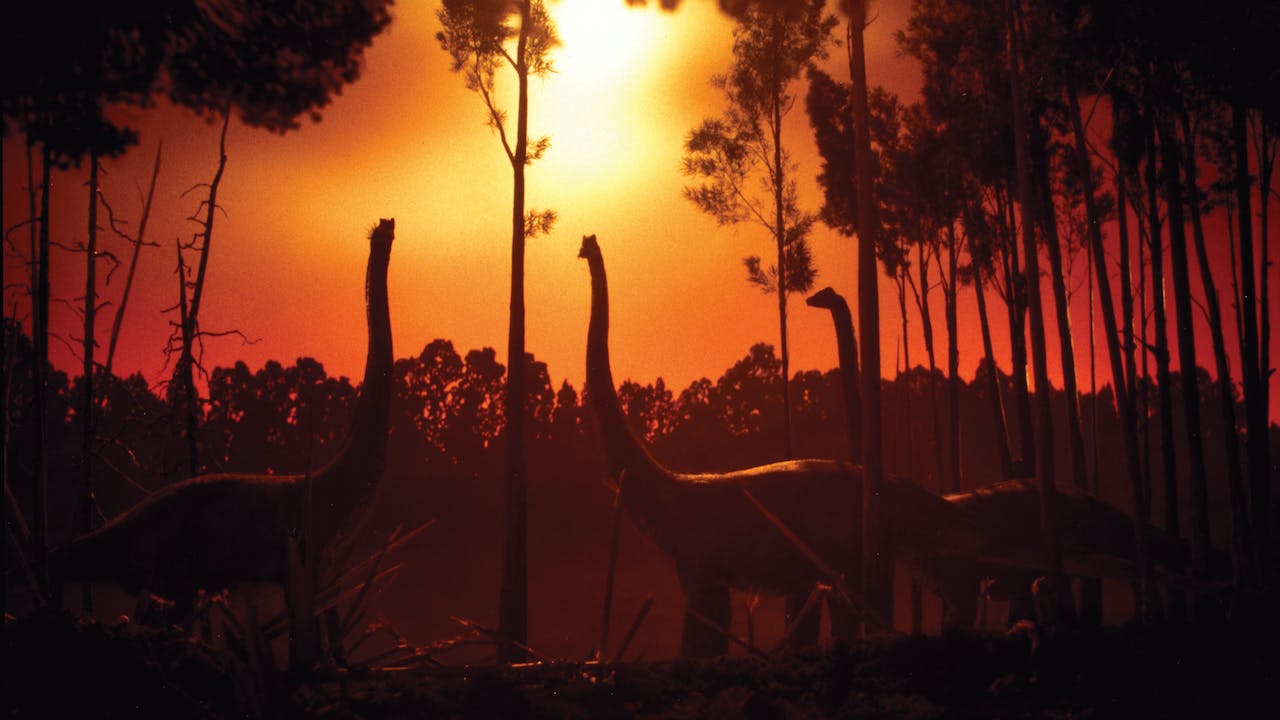 Prehistoric Beast is a ten minute long experimental animated film conceived, supervised and directed by Phil Tippett in 1984. This sequence is considered to be the first film produced by the Tippett Studio, founded by Tippett himself in 1984. Made with the go- motion animation technique, the story takes place during the Cretaceous period and follows a Tyrannosaurus as she chases and preys upon a Monoclonius.
Dinosaur ! is the stop-motion dinosaur film that launched Phil Tippett's career. Dinosaur! brings viewers nose to snout with Hadrosaurus, Deinonychus, Struthiomimus, Brontosaurus, and of course the most infamous 'terrible lizard' of them all, the fearsome Tyrannosaurus. Narrated by Christopher Reeve and and in collaboration with paleontologists Jack Horner, Robert Bakker, Phil Currie and Dale Russell, Dinosaur! won the Primetime Emmy Award for Outstanding Special Visual Effects in 1986.